Restaurnats in Addis Ababa have reportedly begun offering their clients some very new and amazing deals in their efforts to beat their competitors. Audgna Grum, chairman of AER, (Association of Ethiopian Restaurants), told CHEWATA, “I have never seen a display of such creative ways for our restaurants to tell customers why they should eat at their place instead of the next guy’s restaurant.” CHEWATA’s reporters witnessed one restaurant which was offering customers to wash their hands before meal, offer them cell phones to call friends to come over, have the customers take off their shoes while their meal is being prepared, and even have their feet socks washed and ready to go by the time they are ready to pay. The restuarant, Aand Gursha Beki Restaurant, had a poster displayed at their glass window facing Chirchill Road, which was entitled “We treat you just like your mother did!” A furious owner of a competitor restaurant right across the street, Ato Bulcha Wodajeneh, reportedly had a sign made and displayed infront of his door which read, “We not only wash our customers’ hands and feet before meal…we give full bath for full or part of our customer’s body before or after meal depending on customer’s request.” Seble Teferi, a long time watcher of the restaurant business in Addis Ababa told CHEWATA that some of the competition was “turning ugly”, with some restaurants disparaging the cooking of their competitors in order to steal customers from the other restaurants. “One restaurant in Addis Ababa had a sign displayed which read, ‘If you want want Ej Yemiaskoretim food, come on in. If you want to visit the doctor tomorrow for indigestion and other extra activities in your stomach, please go to Mergia’s restaurant next door.’. They even had an arrow pointing to the door of the restaurant that they were talking ill of. ” Mrs. Seble said, she expected this new intense competition for business among restaurants to intensify until such time that the government comes up with tough rules that set the boundaries of claims in advertisements.

According to the Addis Ababa Bureau of Food and Drink Traders (AABFDT), there have been 380 court cases which involved claims of abuse by one restaurant owner against another. One famous case which was thrown out of court for “lack of merit”, involved a small restaurant owner who had claimed that his competitor who owned a bigger restaurant next door has unfairly “bribed all my kitchen employees to quit en masse and had them on the job in his kitchen within days leaving our restaurant with a silent kitchen.” Court documents show that the small restaurant owner had to close his business because all his cooks had switched sided and were now working for the competition. The accuser had told the Court, “I and my wife plus a bunch of kitchen ware was what was left after the big exodus my competitor forced on me.” Some restaurants are also offering “Gurshas from beginning to end” for customers who might choose to work on their laptops while a restaurant specialist feeds them with various sizes of gurshas. “The customer decides the size of the gurshas they want,” one flier in one of the restaurants explains. Many restaurants have picked up on the popularity of Gurshas on Demand and the restaurant schools in Addis Ababa are reportedly churning out graduates who eventually become Gursha Specialists of various qualities. One restaurant which is a bit pricy compared to most others, offers to “Have our customers received at the door with hugs and kisses to the and shown on a big TV screen live shots of the smiling kitchen cooks preparing the customers’ food while he or she is massaged.” One unhappy customer who just left this restaurant told CHEWATA, “BeTV yayahuachew kekayoch yasferalu. Gin Cinema Ethiopia gebto yeHind film kemayet EneBirken mayet yishalal. I had a blast in this restaurant.”

Mrs. Seble says her favorite restaurant slogan is the one she saw near Arat Kilo. It said, “Emaye is cooking. Come on in!!”

No Comments on Intense Restuarant Competition in Addis Ababa

No Comments on Walt Whitman in Awassa?

So Sayz Ethiopian….Popular and Humorous Ethiopian Sayings (Updated as often as necessary)

No Comments on Ethiopian Sayings 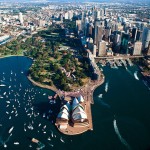